Aqualyte polymer surfaces have long benefited from an inherent microbial resistance that prevents the growth of bacterial or fungal cultures on the material surface.  This resistance is quantified by the material’s successful testing to the ASTM G21 and G22 standards showing that neither bacteria nor fungus can establish itself on the surface.  Now there is increasing evidence that Aqualyte surfaces will be equally effective in preventing viral contamination.

Characteristics of an Aqualyte Surface

Aqualyte sulfonated block copolymers self-organize as they solidify, forming a network of hydrophilic and hydrophobic regions within a dense polymer layer with a smooth, nonporous surface.  These hydrophilic regions are only 5 – 20 nm in diameter and filled with multiple polymer chains, so there is no opening for viruses (typically 70 – 200 nm in size), bacteria (typically 300 – 2000 nm in size), or other microbes to penetrate within the polymer layer or establish any kind of anchor.

The hydrophilic regions within an Aqualyte layer are created by permanently bonding sulfonic acid molecules at multiple sites along the block copolymer chains.  The hydrogen atom in each sulfonic acid group is strongly polarized by the sulfonate groups, causing it to form strong hydrogen bonds with any water molecules present at the polymer.  These hydrogen bonds are not permanent, allowing the water molecules to move into, through, and out of the hydrophilic regions of the polymer in response to environmental stimuli.  Meanwhile, the nonpolar regions of the polymer form a tough, resilient network of hydrophobic regions that do not absorb water molecules.

The permanently bonded acids incorporated into the polymer create an extremely low local pH at the surface, but the covalent bonds attaching the sulfonic acid groups to the polymer chain keep them from being mobile. This ensures that the local acidity is permanent and doesn’t diminish, while also making the material safe for human contact.

At the microbial level, the polymer has several effects:

Bacterial and fungal testing of materials are well-established fields with independent test standards defined and in common use by consumers looking to ensure their purchases don’t foster an unhealthy environment.  Viral testing of this type is not commonly used or requested, so less data exists about the effect of Aqualyte polymers on viral contamination.  However, there is good reason to expect similar effects on viruses as are seen with bacteria.

Many infectious viruses (retroviruses, coronaviruses, poxviruses, herpesviruses, etc.) maintain an outer protective envelope that helps them survive outside of host cells during the transmission process:

The envelope is typically assembled from components of the host cells where the virus was assembled, such as a lipid bilayer and various proteins that help it hide from the immune system and gain access to the virus’ next target cell.  This envelope is biologically similar to those used by bacteria and is vulnerable to desiccation and disruption in the presence of the highly polar sulfonic acid groups within the Aqualyte polymer, just as larger bacterial cells see their outer membrane compromised in the same situation.

Viral envelopes found in many infectious strains are biologically similar to the cell membranes surrounding bacterial cells.  The low local pH characteristic of Aqualyte polymers has been shown to disrupt bacterial cells and keep them from colonizing surfaces coated with Aqualyte, so it is expected that the material will have the same effect on viruses.

Dais has been gathering third-party testing evidence that its patented Aqualyte™ nanomaterial will kill 99.9999% of a wide range of bacteria and viruses on its surface.  This includes the family of coronaviruses whose newest member, SARS-CoV-2, is currently causing the COVID-19 global pandemic. 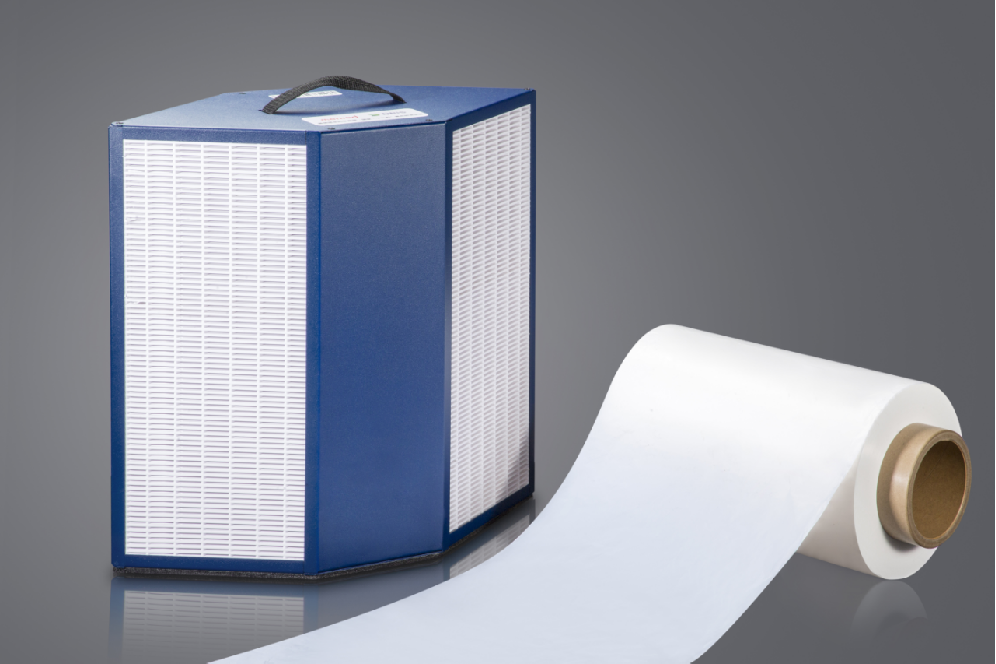 In collaboration with Dais, we developed and producing membrane, heat exchange core and ERV in our manufacture, from raw materials to ERV and HRV, we can provide you with the best quality products and services.